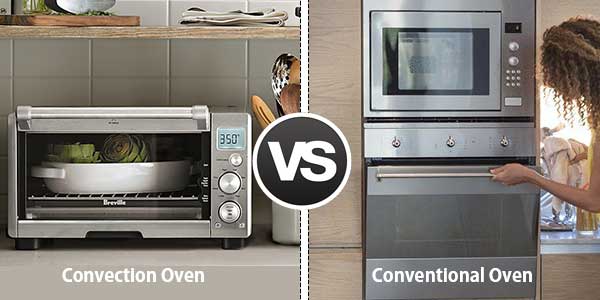 Convection Oven vs. Conventional Oven: What Is The Difference Between Them?

When it comes to baking your favorite foods, you always want them to be cooked just right. You probably don’t want less than perfection.

But when this doesn’t happen, you end up disappointed and start to put yourself down for your cooking skills.

It is essential to know, though, that when a recipe doesn’t bake the way you want, it doesn’t necessarily mean that you’re doing it wrong. Maybe you just don’t have the right oven.

That’s what we want to talk about here. We want you to understand that there’s no only one type of oven, but two: conventional and convection.

Each one has its advantages and disadvantages, so it is crucial to see how they differ and how you can use each one for the best results.

So, are you ready to start reading this comparison so you can learn which one fits your needs better? Then keep scrolling down!

What is a Convection Oven?

This is the type that makes the hot air inside an oven to circulate around. As you can guess, it is a more effective way to cook any recipe that demands more consistent heat penetration.

Convection ovens come with a fan that blows hot air from the top of the oven towards the grills. It does this to make sure that every part of the oven is adequately heated, offering excellent efficiency and preventing any waste of gas or electricity.

What is a Conventional Oven?

A conventional oven heats up with a flame on the bottom of the build. This produces heat just precisely like any stove, but in an enclosed space that keeps the warm air inside.

It doesn’t make the hot air circulate around for effective penetration but surrounds anything inside effectively so cooks slowly but effectively.

They are not known for saving too much gas or electricity but are probably the most popular option and the one you’ll find in most households.

Now, let’s talk about their features and how both differ from each other.

First, let’s start by considering the temperature options for most conventional ovens. These are simple and are often marked in either C or F degrees.

You will probably use them by just turning a knob, and that’s it. Then, you just wait for the oven to heat up in a few minutes and check whether it is the right temperature for your recipes.

As for convection systems, the settings are more complicated. Usually, they come with a standard convection feature that bakes food at a low speed but with excellent heat circulation for consistency.

But you can also pick different other options located on the interface or controls. These baking modes go from Roast to Dry, Long Cooking, and much more.

They handle different types of heat temperatures in C or F as well but are often made for specific purposes.

Each mode has its own temperatures. Similarly to conventional ovens, they may also come with a knob where you can adjust temperature if needed.

Cooking in both conventional and convection ovens is a fun experience. But the results are vastly different, and the experience too.

With these ovens,you’ll have a speedy heating process that doesn’t waste any time. As soon as you push the power button or select a mode, the oven will start heating up and achieve the desired temperature within 5 minutes.

The exciting thing about convection ovens is that you won’t have to let recipes cook too much. Recipes that take 50 minutes in a conventional oven can be ready in just 30 on a convection model.

And of course, the result will be a much more consistently cooked recipe than with the other. From the interior to the exterior, you won’t find too much difference in baking states.

The problem is that most recipes nowadays come with temperature instructions specifically made for conventional ovens. So, you’ll have to do your own math if you want the ideal results.

Apart from that, you can just leave the casserole of food inside and let it cook as much as you need without worries.

As for conventional ovens, the process of cooking just demands a simple turn of a knob to the right temp, and that’s it. But here, you’ll probably have to wait from 5 to 10 minutes for the interior to get to the right temperature. And in the oldest models, this could get up to 20 minutes.

The result tends to be good enough as long as the person who’s baking knows how much time and how to handle the food inside.

Overall, conventional ovens tend to leave some places of the food better cooked than others, especially when comparing the bottom of the casserole with the middle or top.

That’s why many people who use conventional ovens are always looking at their food to make sure they’re cooking the right way. Not only because they want to know when it’s done, but because making a conventional oven cook right is tricky.

On top of that, foods like chicken or meat need to be often flipped to their other side so they can be consistently cooked. With convection ovens, you can forget about this altogether.

With all the differences in cooking settings and results, you may also guess that both use energy in different ways. You’ll want to know how they differ.

First, let’s start with traditional models. They are simple; you just connect them to a natural gas or propane source and let the food cook depending on your needs.

But the cooking is not practical because it expects the hot air to cook everything inside the oven by just holding all the heat inside. It is not a wrong way of baking, but without the circulation of air, this makes them last a lot of time which ends up in more gas or propane wasted. 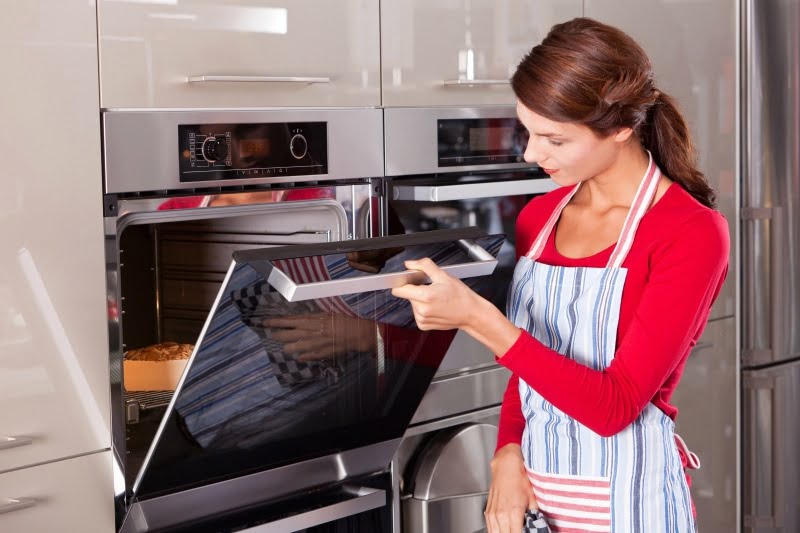 As for convection ovens, the process is way more straightforward. They may be either gas-powered or electric, both offering similar results but with the electrical options heating up more rapidly.

Still, they use energy effectively, wasting little to none while baking. Why does this happen?

First, they circulate the air more effectively, which ends up in more consistency in the baking. And secondly, this circulation helps to keep the temperature level lower than in regular ovens.

By just helping to circulate the heat inside, a convection oven is probably twice as efficient as a conventional model by needing less temperature and cooking food much faster. This ends up in lower electric bills and more long-lasting gas cylinders than with any other type.

It is not enough to know about the performance and use of an oven, you also need to know how durable they are.

A convection model is often durable enough to handle several years of baking goods. It is usually made with stainless steel, and with iron or other resistant metals in the interior. A convection oven handles high temperatures and for a length of time without issues.

However, they have fans inside. This won’t affect the product in a short time, but fans eventually stop working.

It could be 2 years, 5 years, or a decade before a fan stops working. This happens due to the motor they have inside and the different parts & mechanisms that could get damaged.

What’s more important to mention, these fan systems can be very costly and difficult to replace. You may even need to hire a technician and buy the replacements yourself, and that can quickly scale to half of what the oven cost at first.

But overall, they handle use and the weight of the years very well. You could even get 20 years out of these ovens without problems. But sooner or later, they will stop working well.

A conventional oven doesn’t have many problems overall. They don’t include any fan inside, and their construction is pretty reliable.

From iron to stainless steel, and other heat-resistant metals or ceramic – you can expect one of these to last a lifetime without problems.

The only issue is that the burners on the bottom tend to wear down over time. After several years, they will either get clogged or just wear off until the heat doesn't get out of the burners efficiently.

This will end up in a less effective heating distribution and less power overall. But with a simple change of the burner, you can get one of these working again without wasting too much money.

So you know all about their cooking, efficiency, durability, and temperature settings of each – it is now time to learn what they’re better for individually.

Conventional types are ideal for anyone who doesn’t need much heat consistency. But they are also suitable for people who don’t want to do the math to cook traditional recipes.

In fact, most baked foods were first cooked using one of these. So you will mostly find recipes and instructions only for these models.

From the temperature to the time, a conventional oven working well won’t need many tweaks to start baking foods. And of course, they can work for several hours non-stop without any issue.
The downside, you will end up wasting a lot of propane, electricity or gas, and you will not have much consistency.

You could say they’re better for things in a casserole that demands several hours of cooking. For example, anything on an aluminum-covered plate or high-sided dish like lasagne will have the best result in a conventional model.

With a convection baking system, the process differs from a conventional one. This also means you will have a little more versatility when cooking.

The heat circulation helps to cook things fast and effectively. Especially small stuff or those that need to be consistently prepared all around will benefit a lot from one of these.

But of course, you’ll have to know how to set up the temperature and time depending on the recipes. At first, this can be a daunting experience and may end up in overcooked, burned, or badly baked goods.

On top of that, things on casseroles tend to get overcooked in the interior and over-roasted outside. So they are not ideal (at first) for that kind of recipe.

Still, they will save a lot of time and energy that you won’t be able to with a conventional oven. And once you learn how to use one of these – you’ll be ready to cook anything more efficiently.

Things like cakes, cookies, meats, vegetables, and general desserts in low plates will have the best results with a convection oven. 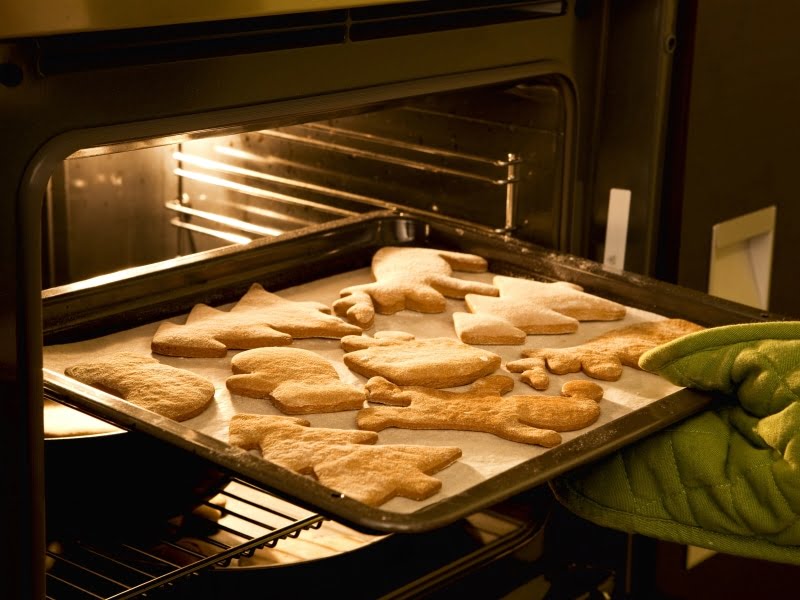 Which One to Buy?

It is not difficult to say that a convection oven is way better than a conventional oven if you appreciate time and energy efficiency.

But of course, they come with the downside of learning how to use them for most recipes.

As for conventional models, they are way cheaper than the latter but tend to waste more energy and be slower when cooking.

So there you have your answer.

If you are someone who loves consistency and fast cooking, then a convection model is for you.

But if you prefer a modest design that lasts several years without any issue, then go for a conventional model.

Overall, however, we think a convection model can work much better than a conventional oven once you learn how to use them. But of course, there will be a learning curve you will have to overcome before this is a reality.

>> Get A Effective Kitchen Cabinet Cleaner

>> Get A Right Yellow Jacket Trap For The Money

Milk Frother VS Steamer: What is the Difference?

What Is A Brisket?

Quick Ways To Clean A Microwave

Top 15 Gadgets That You Should Have In Your Kitchen

How to Organize Your Kitchen Properly

Best Under Cabinet Range Hood Reviews For The Money

20 Essential Types of Kitchen Knives and Their Uses

Magic Bullet vs Nutri Ninja: Which One To Choose