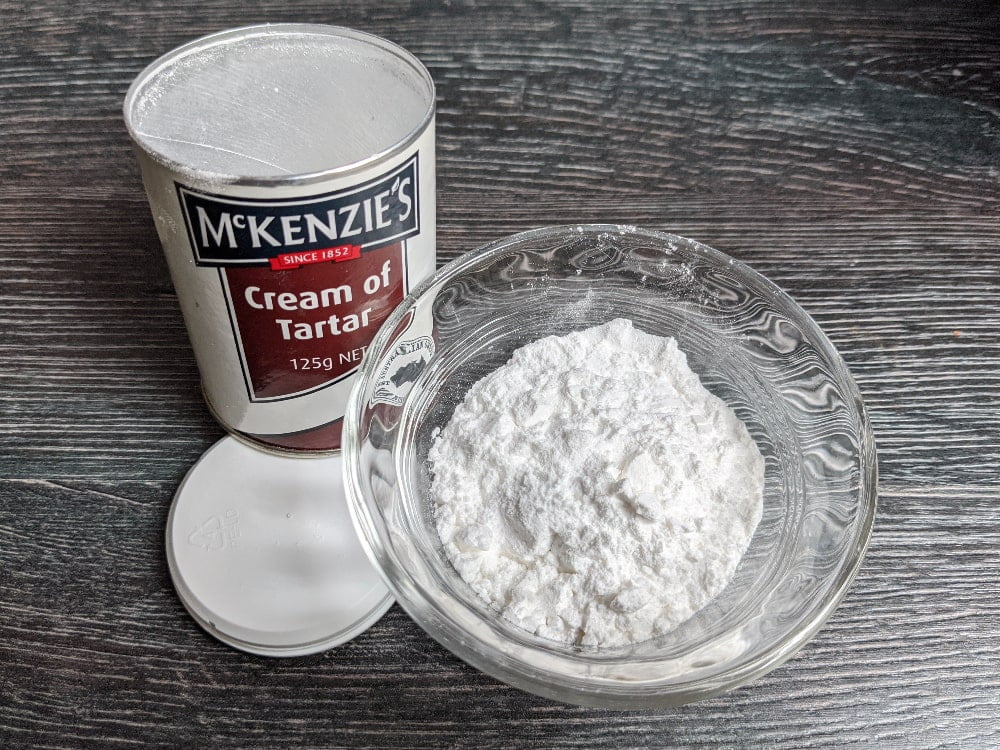 Contradictory to its name, Cream of Tartar is not a cream but a powdery substance that serves multiple purposes in our households. The usage of this ingredient can be dated back as early as the 1300s. For sure, we have all seen this ingredient at least once in our lives. It is not only an essential product for cleaning and baking, it can help our health as well.

If you're looking for cleaning solutions that work or baking ingredients that you may need in your next chore or baking project, then you have come to the right place.

Or if you already have Cream of Tartar at home and there's so much supply that you're looking for ways on how else you can use it, then keep reading because we will be discussing more of that.

What Is Cream Of Tartar?

Cream of tartar or tartaric acid is an odorless, white, powdery, crystalline compound that is a byproduct of wine fermentation. It’s more scientific or chemical name, for those who are interested, is Potassium Bitartrate (sometimes also known as Potassium Hydrogen Tartrate).

During wine fermentation, tartaric acid is formed at the bottom of the wine barrel. The acid crystallizes and forms sediments that are then purified. The collection of these crystals is done by filtering the wine using cheesecloth.

What Is Cream Of Tartar Used For?

There's a lot that you can do with this byproduct. It is a secret weapon in households both for cleaning and cooking and baking.

Household Uses For Cream Of Tartar

What Does Cream Of Tartar Do In Cooking And Baking?

When cooking or baking, cream of tartar is generally used as a raising agent - to help your cakes and cookies to rise. You can make your own baking powder at home by combining 2 parts of Cream of Tartar with 1 part of bicarbonate soda (baking soda).

When this combination is used in your recipe a chemical reaction occurs between the cream of tartar and the baking soda which results in bubbles of carbon dioxide. These carbon dioxide bubbles will cause the cake to rise. In this instance the cream of tartar works as a stiffening agent and hardens the sugar within the meringue. This stiffening ability is also sometimes put to use in cake icing, especially for royal icing when you want a much harder finish.

Cream of tartar can also be used to help boiled vegetables retain their natural bright colors - just add a pinch or so of cream of tartar to the boiling water.

Cream of tartar has many uses in your kitchen - meringues, cookies, cakes and whipped cream to name a few but, probably the most common use for cream of tartar is for when making playdough at home.

What does cream of tartar do for playdough?

If you’ve got young children the chances are good that you’ve used playdough before. Hopefully you’ve even made your own playdough at home before - it’s easy and fun to do, so if you haven’t you should give it a go.

It is often when people first decide to make playdough at home that they first discover a need for cream of tartar. Most common, traditional playdough recipes include cream of tartar in their list of ingredients.

So, why is cream of tartar used in playdough?

I spent quite a while researching this, it seems to be that cream of tartar is used in homemade play dough for 3 main reasons: texture, volume and preservation. The texture of playdough made with cream of tartar is softer, smoother and more elastic and stretchy than playdough without it.

It also adds to the overall volume of the dough, so you’ve got more to play with and, finally, adding cream of tartar to your homemade playdough will extend the life of your playdough by a week or two. That being said, I also have it on good authority, that you can make playdough without adding any cream of tartar - you just might want to add a bit of extra salt to help to preserve it.

So, don’t let not having any cream of tartar be the reason that you don’t make some playdough for your kids! But, if you want some really soft, good quality homemade playdough, you might want to consider picking up some cream of tartar next time you are at the grocery store.

If you happen to run out of Cream of Tartar (or never had any in the first place because you’ve never heard of it before!), there are some things you could potentially use as a substitute but, it will depend on what you are making as to whether it will work out OK using a substitute instead of the real thing. Lemon juice is often used as a substitute for cream of tartar as it has the same acidity as Cream of Tartar. The same is true of ingredients such as white vinegar, buttermilk, and yogurt. Another great alternative, if you need it as a raising agent, is baking powder because this also contains Cream of Tartar.

The other alternative, such as if making playdough, is to just leave it out of the recipe if you don’t have any - but that wouldn’t be useful if you need to use it as a raising agent - your cakes or baked goods would not rise if you didn’t add something in its place.

So, What’s The Best Cream Of Tartar To Buy?

Let’s face it, cream of tartar is cream of tartar so there shouldn’t be a lot of difference between brands. Therefore, when shopping for cream of tartar, you’ll most likely want to compare items by price. This is when the math can get a little tricky, but you’ll no doubt find you’ll get a better price per ounce by buying in bulk.

What you have to consider though is, how much are you likely to use? You rarely need to use much cream of tartar at a time, so is it worth buying a 5lb bag? If you plan on making lots of bath bombs and heaps of playdough to keep the kids entertained, then yes, buy the bigger bag to get the savings per ounce.

If you’re buying cream of tartar to use a teaspoon of it in one specific recipe, you’ll probably only want to buy a smaller amount despite the relative extra expense per ounce.

You can buy cream of tartar in the baking aisle of your grocery store but, especially if you’re looking to buy in bulk, these are some good options for cream of tartar from amazon.

Some Frequently Asked Questions About Cream Of Tartar:

What does cream of tartar do in snickerdoodles?

The cream of tartar used in baking snickerdoodles adds that tangy taste and chewy texture we all know and love from a snickerdoodle and elevates these famous cookies from being just a cinnamon/sugar coated cookie to being a snickerdoodle!

Where can I find Cream of Tartar at the grocery store?

Look in the baking aisle of your grocery store. The cream of tartar will probably be with the baking soda or baking powder or vanilla essence. Remember, it’s a white powder and not a cream at all. It will usually be sold in a box or cardboard tube.

What’s the scientific name for cream of tartar?

The scientific or chemical name for cream of tartar is potassium bitartrate - sometimes also known as potassium hydrogen tartrate or KC4H506.

Cream of tartar is a fine white powder - it looks a lot like baking powder.

Is there a substitute for cream of tartar in playdough?

You’ve promised your kids a fresh batch of playdough only to discover you’ve run out of cream of tartar! Not to worry - you can either replace the cream of tartar with a squeeze of lemon juice or, simply leave it out of the recipe and maybe add a bit more salt to help with preservation.

Alternatively you can google “playdough recipe with no cream of tartar” - there are lots of clever people out there who have come up with all sorts of different playdough recipes.

What is the difference between cream of tartar and baking powder?

A versatile and useful substance, whether you’re planning on whipping up a meringue, making your own bath bombs or trying your hand at homemade playdough, cream of tartar is the ingredient you will need. It’s handy to always have some in your pantry or cupboard. 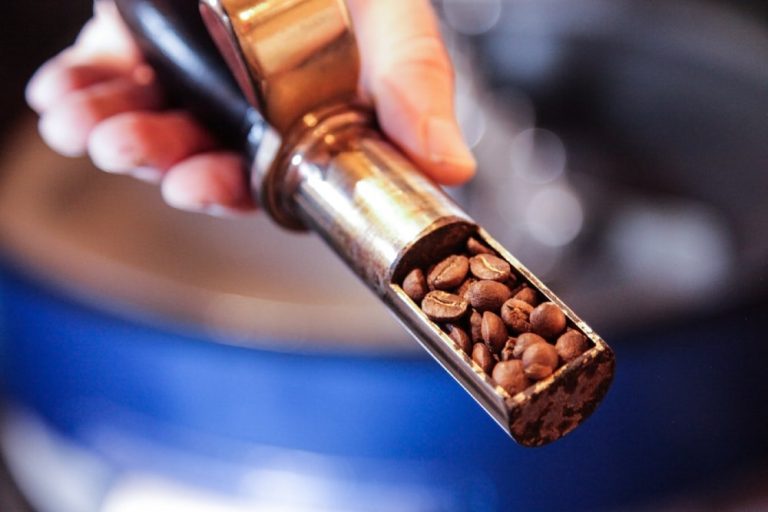 The key to the unique taste and aroma of coffee is its high-quality roasting. This process is quite complex and requires adherence to special technological processes. But this does not mean at all that it cannot be reproduced at home. Together with Coffiery we will discuss the types and methods of roasting coffee. Coffee Roast Degrees… 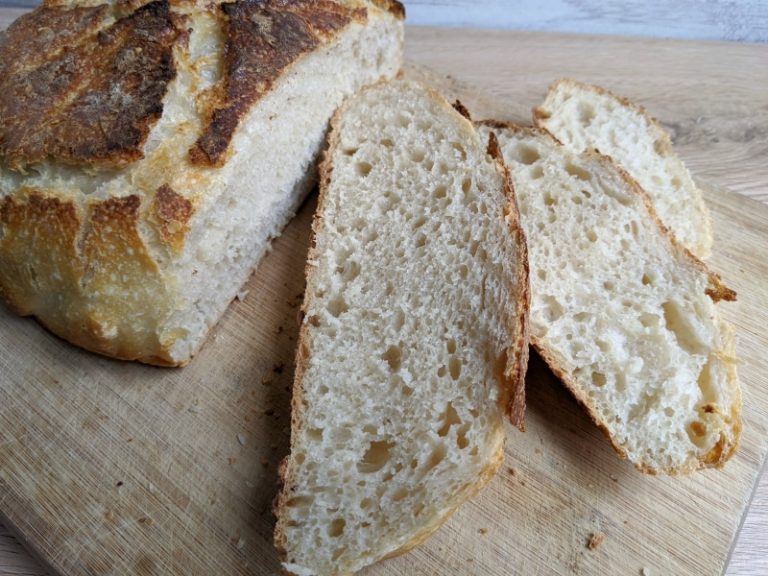 I know “easy”, “overnight” and “sourdough bread” don’t really sound like they go together well but, don’t be scared to try making your own sourdough bread at home – it’s a lot easier than you might think! This particular sourdough loaf does require overnight proofing – it doesn’t make it any harder to make than… 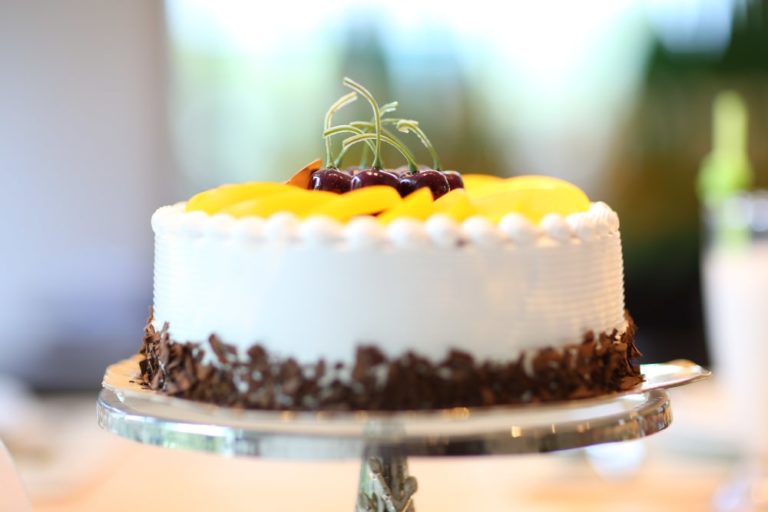 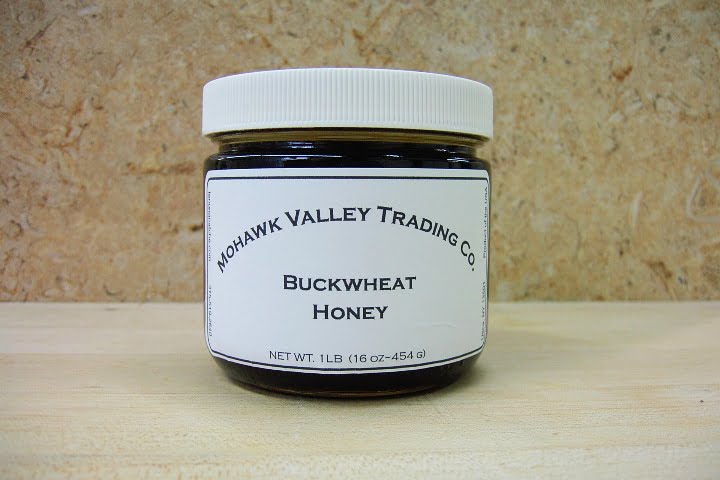 You may have heard people talking about buckwheat honey and wondered exactly what it is and how it might differ from regular honey. This type of honey has created such a buzz that even Dr. Oz got into the action on his show when he talked about his flu prevention checklist and what supplements can… 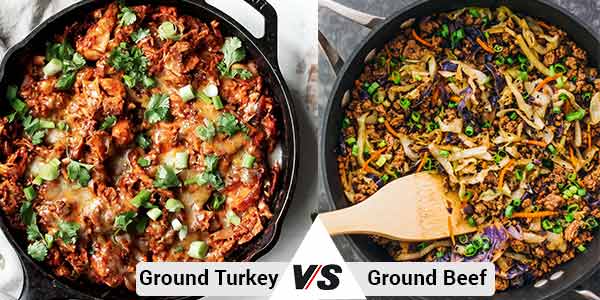 Whether it is a spaghetti sauce or a meatball, most people would prefer to use beef instead of using other meats. Why is this so? Is beef the best meat to use for these types of dishes? Or are we all just conditioned to automatically pick beef as it’s the meat that has traditionally been… 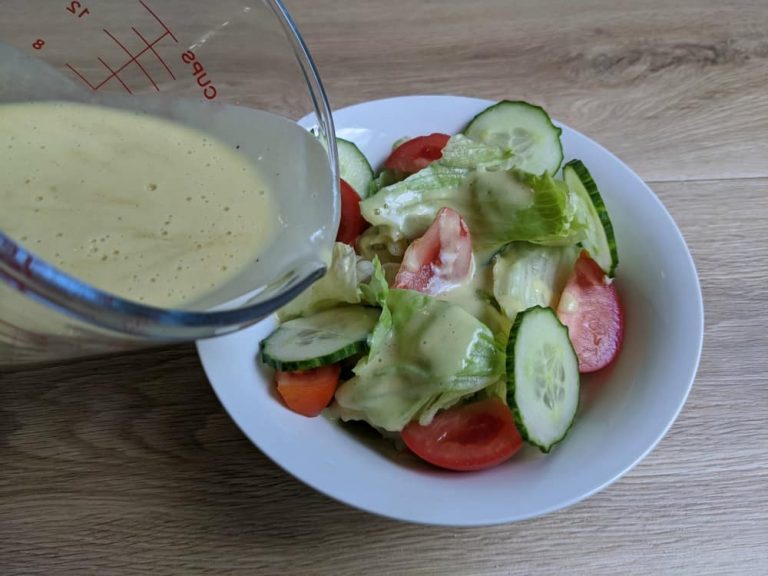 Salad dressing is one of those things we’re all most likely to just buy from the store, but it’s so quick, easy and delicious to make your own homemade honey dijon mustard dressing, you’ll wonder why you ever bothered with store bought dressing. Pre-made, store bought salad dressings contain food acids, vegetable gums and added…